Mark Elliott, a Stock Aitken Waterman expert and author of The Ministry Of Pop, reveals his favourite records to come out of the hit factory… 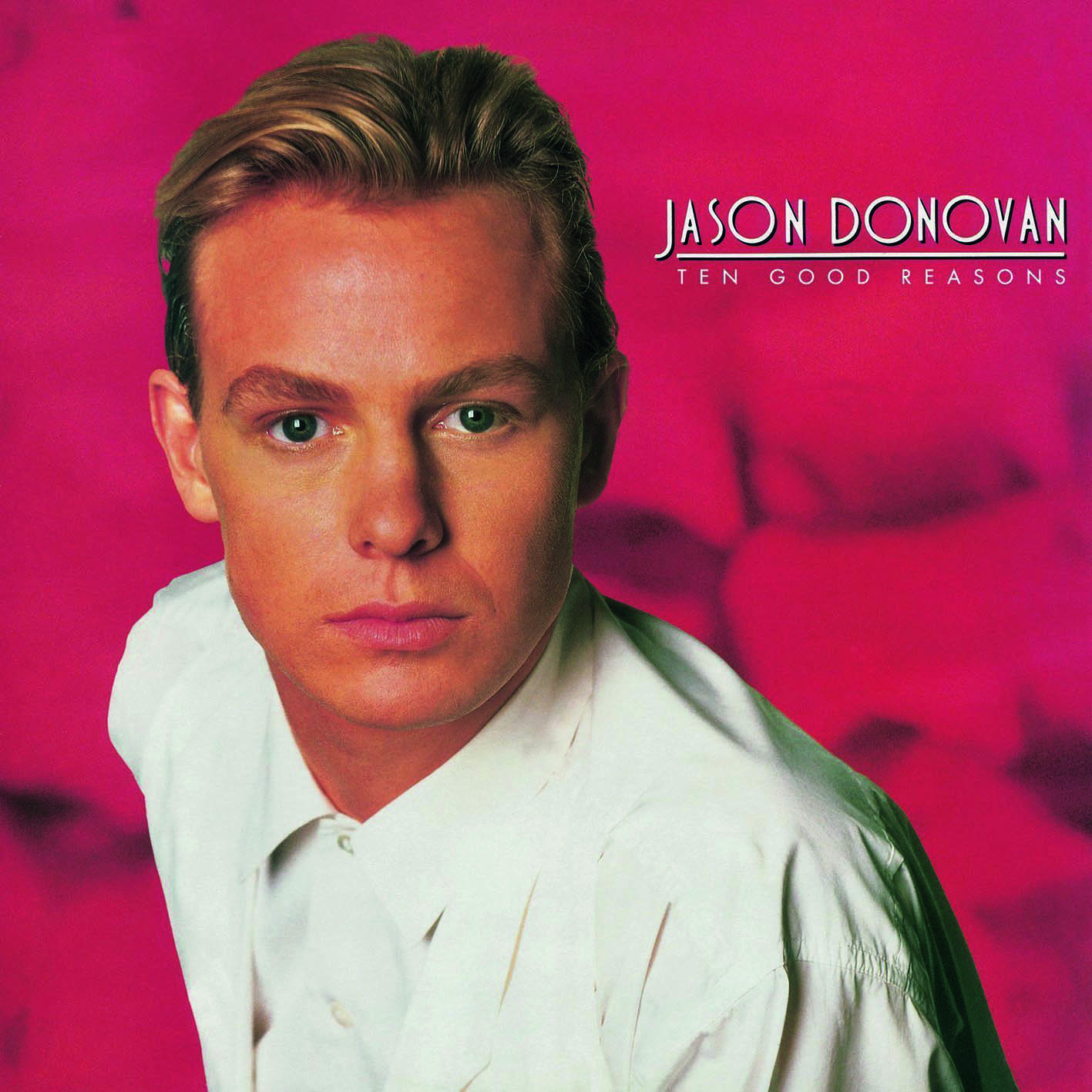 This hastily assembled pop confection was pieced together while Jason was still committed to TV soap Neighbours, with three of the songs pulled together in a frantic two-and-a-half day session in London and the remainder slotted into filming breaks in Melbourne. The 11-track collection ended up the year’s biggest-selling album and featured the No.1 hits Too Many Broken Hearts, Sealed With A Kiss and the Kylie duet Especially For You. 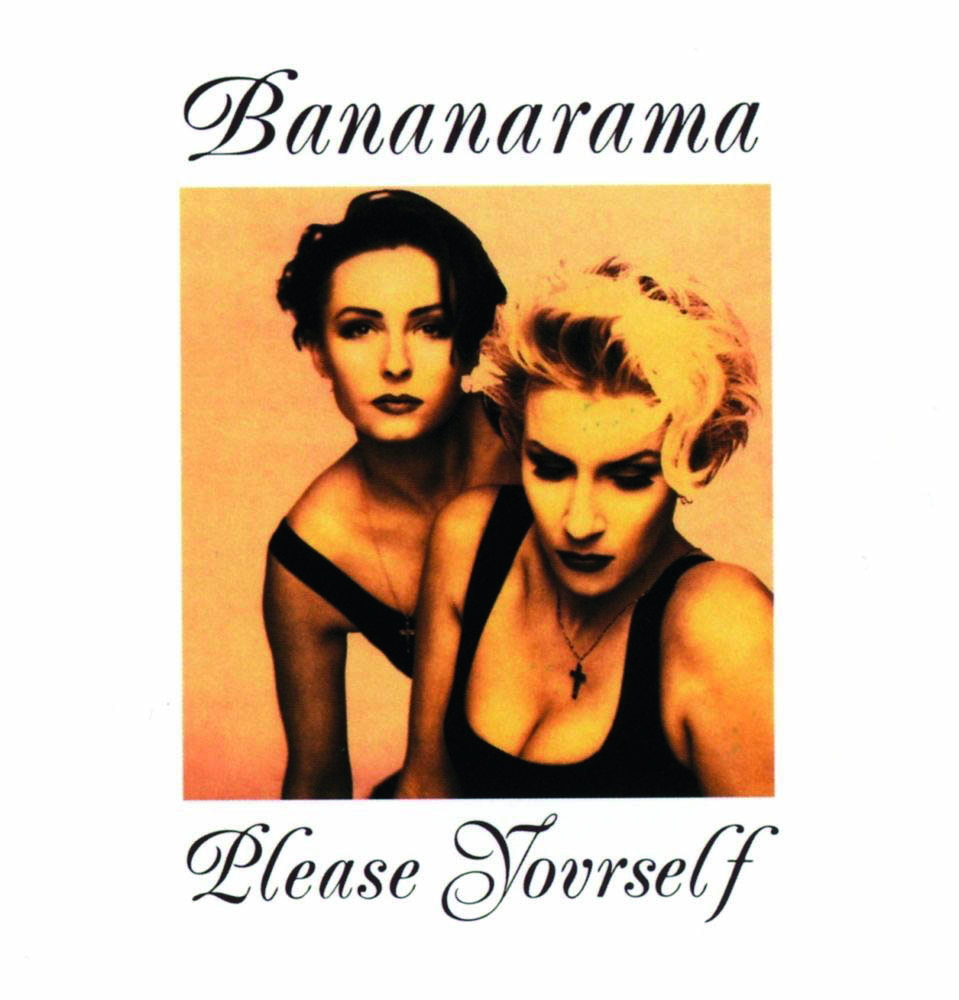 After the tepid response to 1991’s Pop Life album, Keren and Sara began a fresh chapter as a duo by returning to Pete Waterman for a concept project he billed “ABBA-Banana”. Despite featuring classics like Movin’ On and Last Thing On My Mind, the 10-track collection managed just a single week at No.46 and even a cover of Andrea True Connection’s More, More, More couldn’t shore things up. The band wouldn’t return to the singles chart for another 12 years. 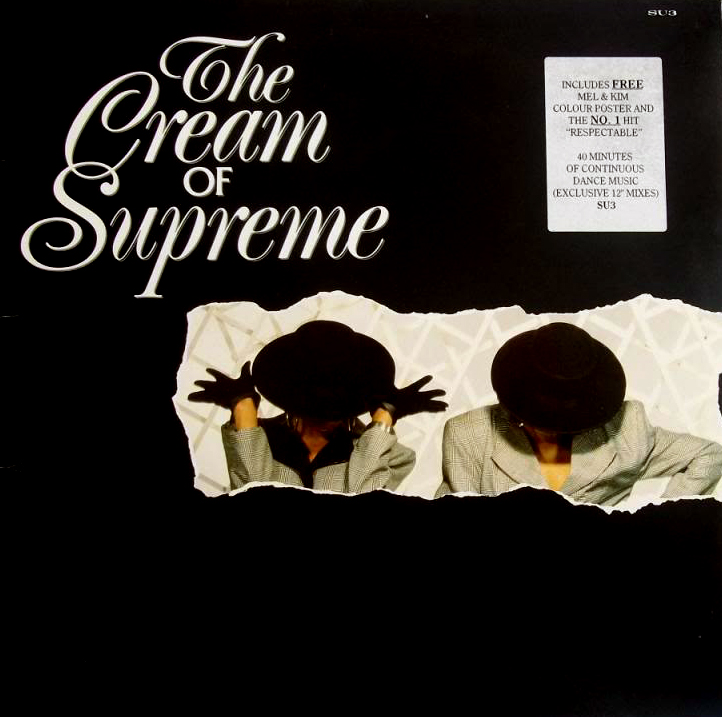 With just two of its 10 tracks not penned by the SAW team, this early compilation includes formative classics like the first hits from Princess and Mel & Kim. Ahead of the successful Hit Factory compilations, this UK and Germany release is today easy enough to source in its gatefold-sleeve vinyl format, but the limited CD issue is much harder to find. Vinyl copies, with the promotional poster intact, are rarer still. 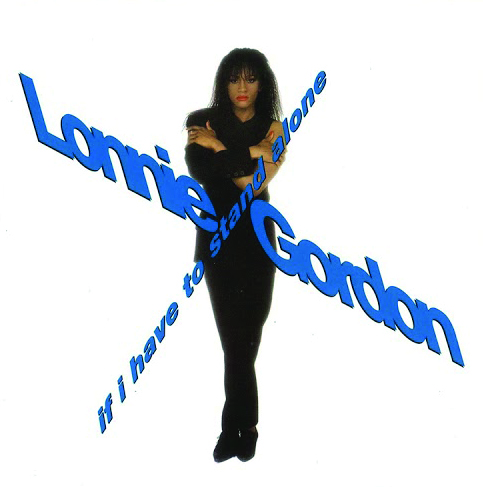 Denied a UK release until its Cherry Pop reissue in 2009, this largely SAW-penned collection should have built on the strong performance of Happenin’ All Over Again, a Top 10 smash. In fact, subsequent singles stalled amid indecision about which direction the US-born singer should go and the set only got a limited release. One of its 45s, Beyond Your Wildest Dreams, was recycled for Sybil in 1993, but again it peaked just outside the UK Top 40. 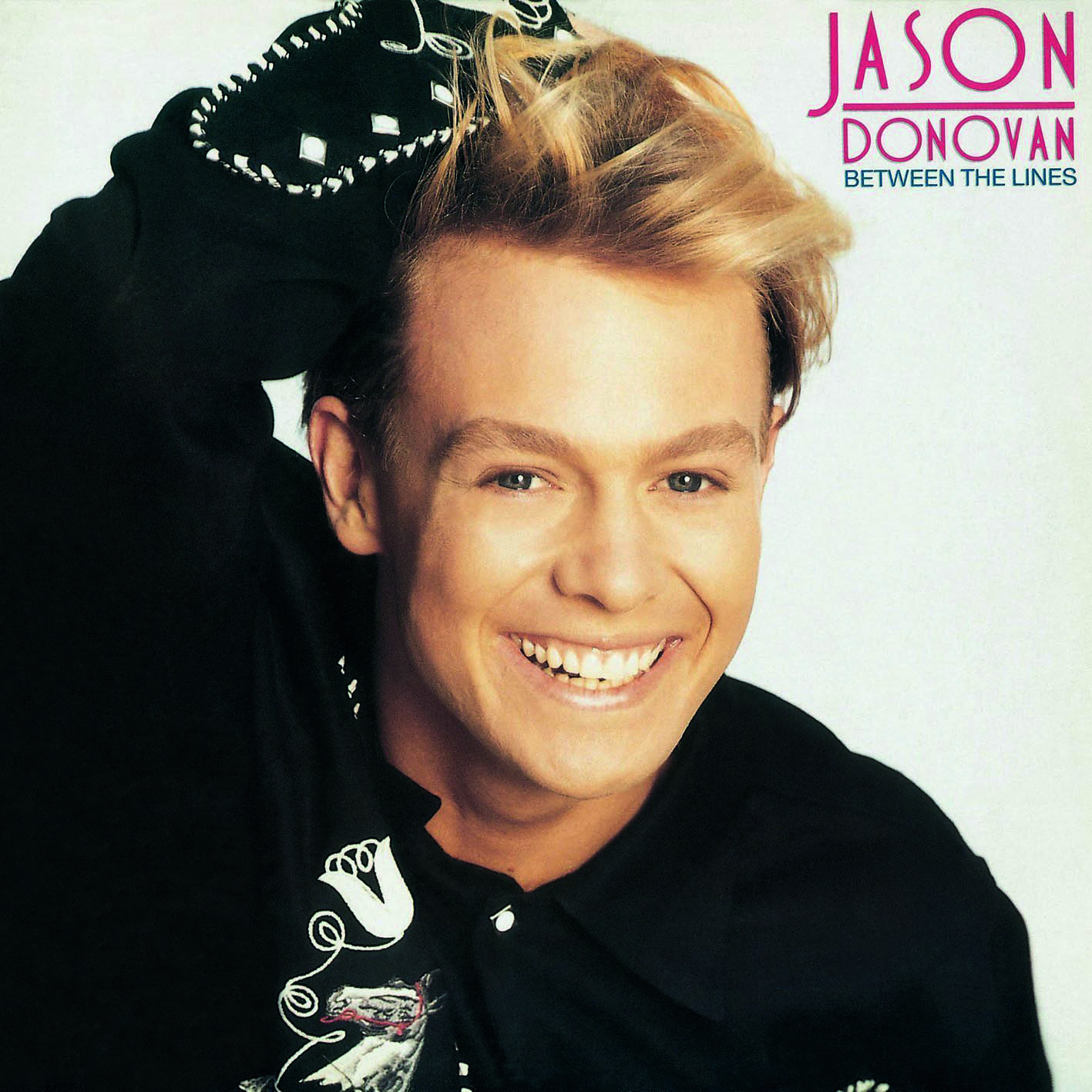 With the SAW bubble slowly starting to deflate, this follow-up to Jason’s hit debut actually contained some of his strongest numbers. It was a wide-ranging affair, with vintage covers like The Cascades’ Rhythm Of The Rain sitting alongside more contemporary tracks such as Hang On To Your Love and When You Come Back To Me. The best track is the ABBA pastiche Another Night, which unexpectedly broke his opening run of Top 10 hits when it was released as a single in June. 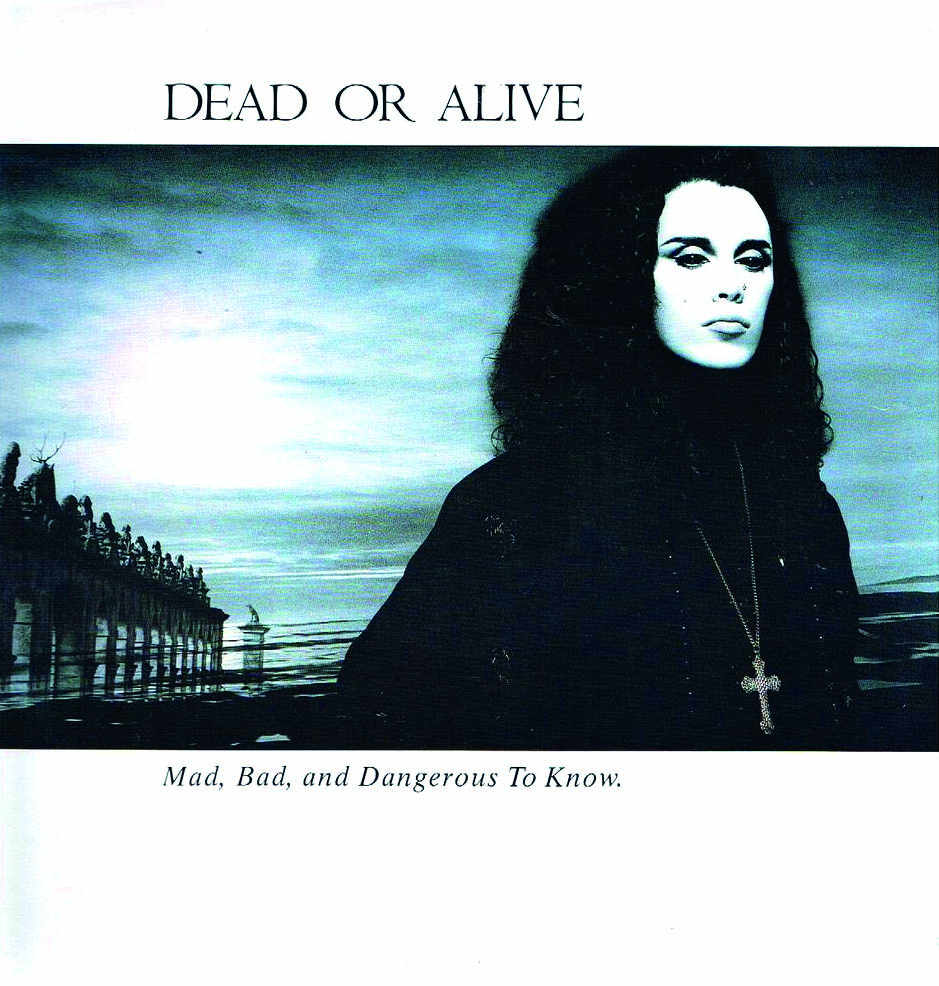 That this tense collaboration almost broke Pete Burns is well-documented, but the strife helped shape an epic Hi-NRG opus that was to prove the Liverpool band’s final partnership with Mike, Matt and Pete. Brand New Lover, the nine-track album’s first single, was to prove a major hit Stateside, but in Britain it was the gothic romp Something In My House that captured the public’s imagination. 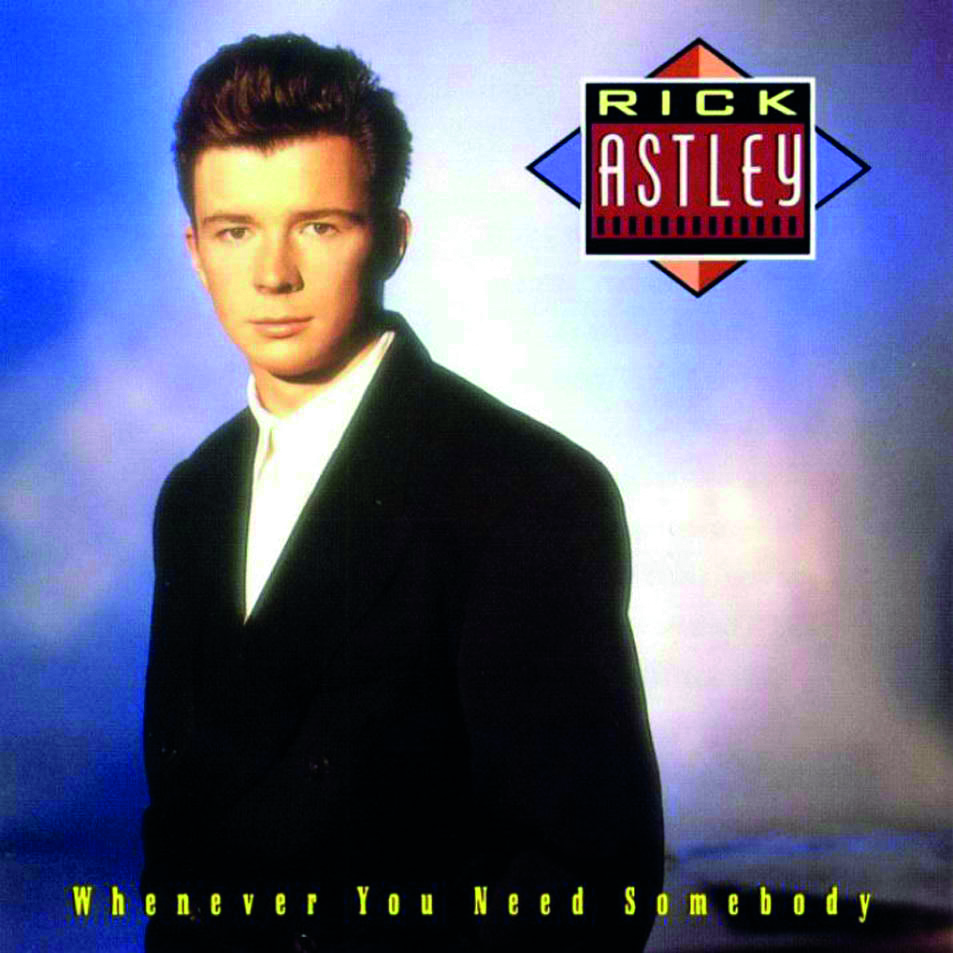 The former PWL assistant struck gold when his debut album sold more than 15 million copies worldwide off the back of a single that remains, arguably, SAW’s most famous. Never Gonna Give You Up was one of six SAW productions on the LP, which also included a cover of When I Fall In Love and Together Forever. Rick was struggling with the sudden pressure and second album, Hold Me In Your Arms, would be his last with the SAW team.

With its striking Jürgen Teller artwork, Kylie’s fourth studio album was an uneasy statement by an artist now fighting against her image and musical direction. Kylie admits the brief had been to stir things up a bit and launch single Word Is Out certainly did that by stalling at No 16. A cover of Give Me Just A Little More Time was the album’s biggest hit (reaching No.2), but closing track I Guess I Like It Like That set the star down the dance-oriented path she’d follow until the end of the decade. 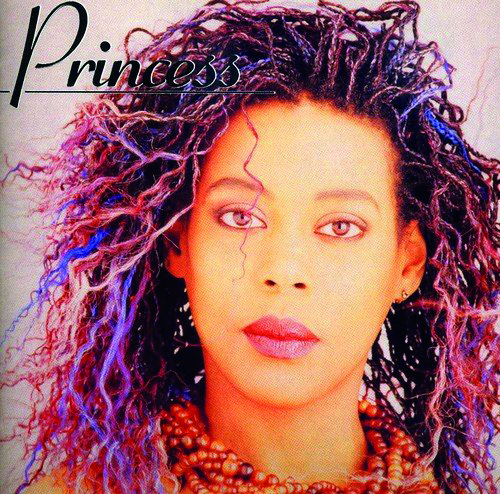 Britain’s new-soul movement of the mid 80s secured an unlikely anthem when Say I’m Your Number One became an international smash in the summer of 1985. The Mike Stock composition was offered to Bucks Fizz and Dee C. Lee before the demo by Desiree Heslop was polished into a hit. This release would yield four further singles, including I’ll Keep On Loving You, but a disagreement with the artist’s management meant this collaboration would be the last. 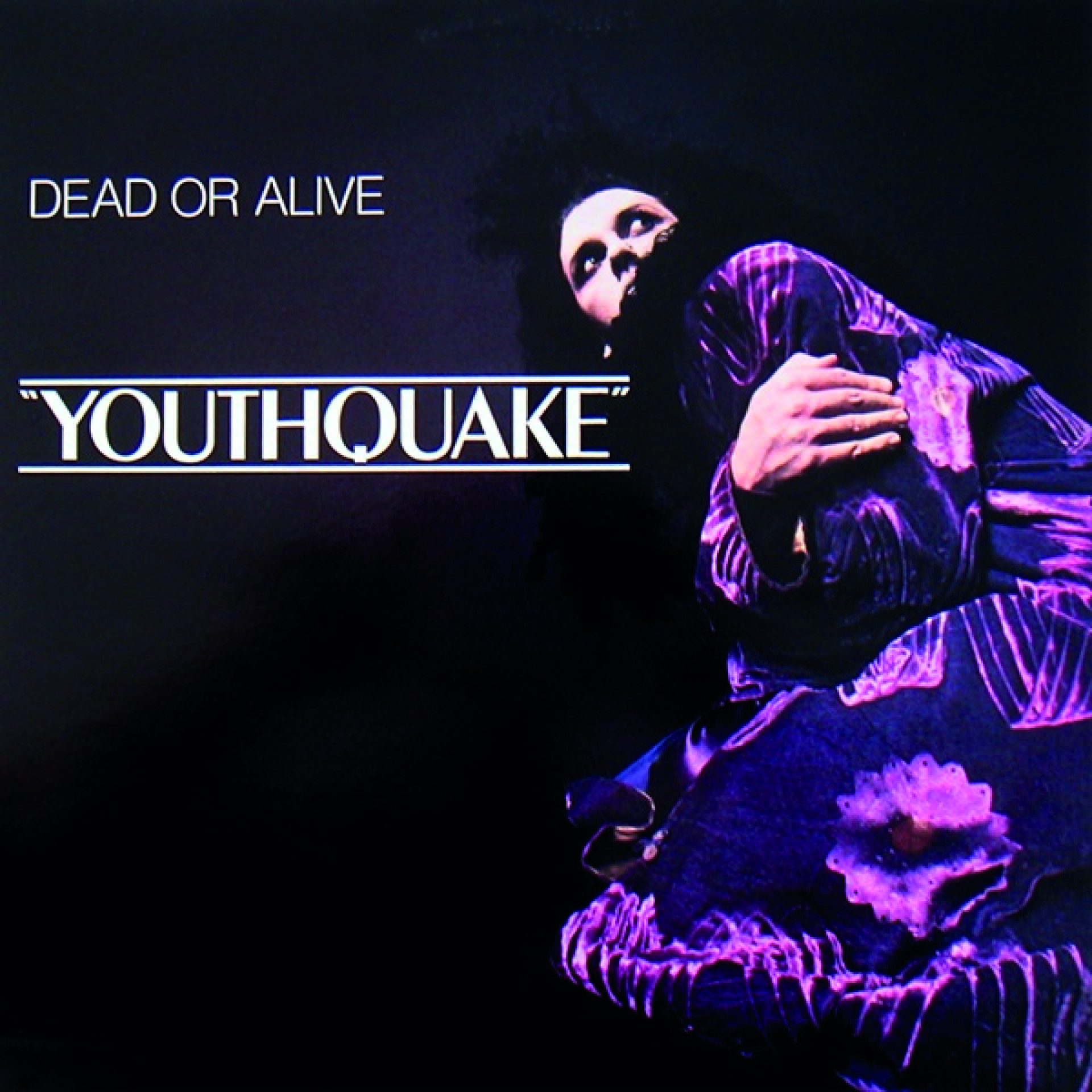 After hearing the Hazell Dean track Whatever I Do (Wherever I Go), Dead Or Alive’s amboyant frontman Pete Burns tracked down Pete Waterman to work on their second LP. Lead single, You Spin Me Round (Like A Record), would be the first UK No.1 hit for the SAW production trio and helped make the album a worldwide platinum success. Three more singles from the set would make the UK Top 40, including In Too Deep and the Moroder-inspired Lover Come Back To Me. 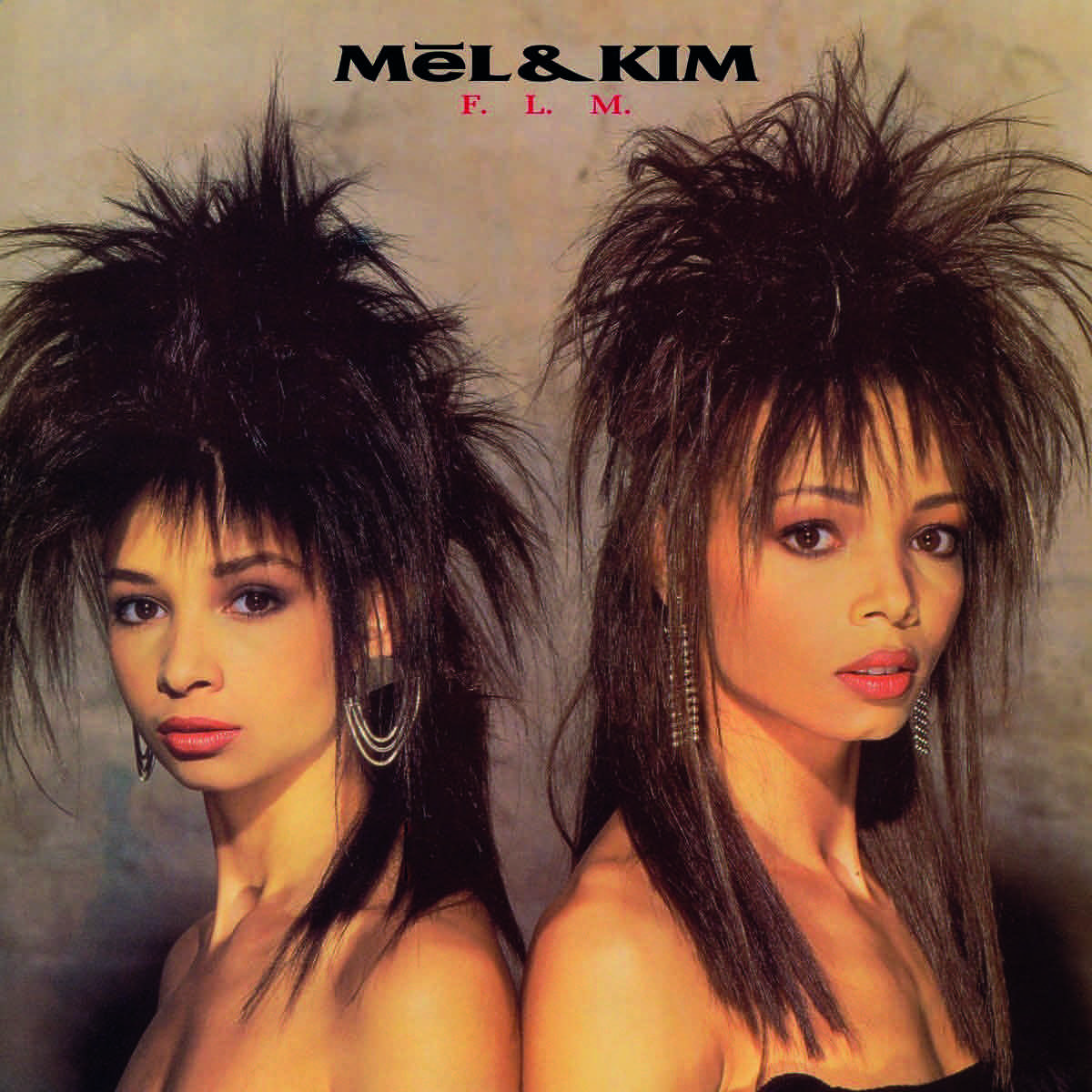 Sisters Mel and Kim Appleby were introduced to SAW by Supreme Records’ Nick East and the pair’s authentic charm soon had the team won over. Initial plans to mould the duo’s sound into a soft-soul style were shelved (early track System went unreleased for years), but the pop-dance hybrid Showin’ Out (Get Fresh At The Weekend) was a huge hit and paved the way for the first single written by Stock/Aitken/Waterman to top the British charts – Respectable, in early 1987. 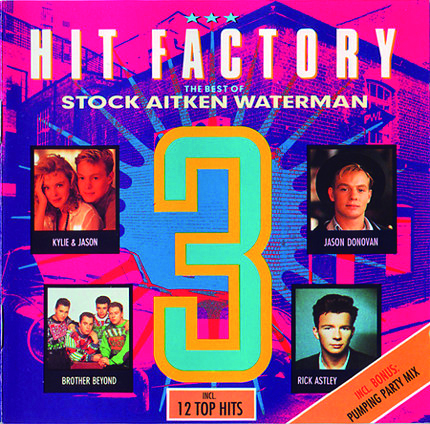 SAW were champions of the hit single and this volume – the third of four sets issued in the UK during their heyday – was released in the middle of the trio’s most successful year. Featuring one of their most popular 45s, (Especially For You) and one of their least remembered (S.S. Paparazzi), it’s a fascinating time capsule that perfectly captures the team’s eclectic output. Numerous compilations have been released since, but the first three have yet to be bettered. 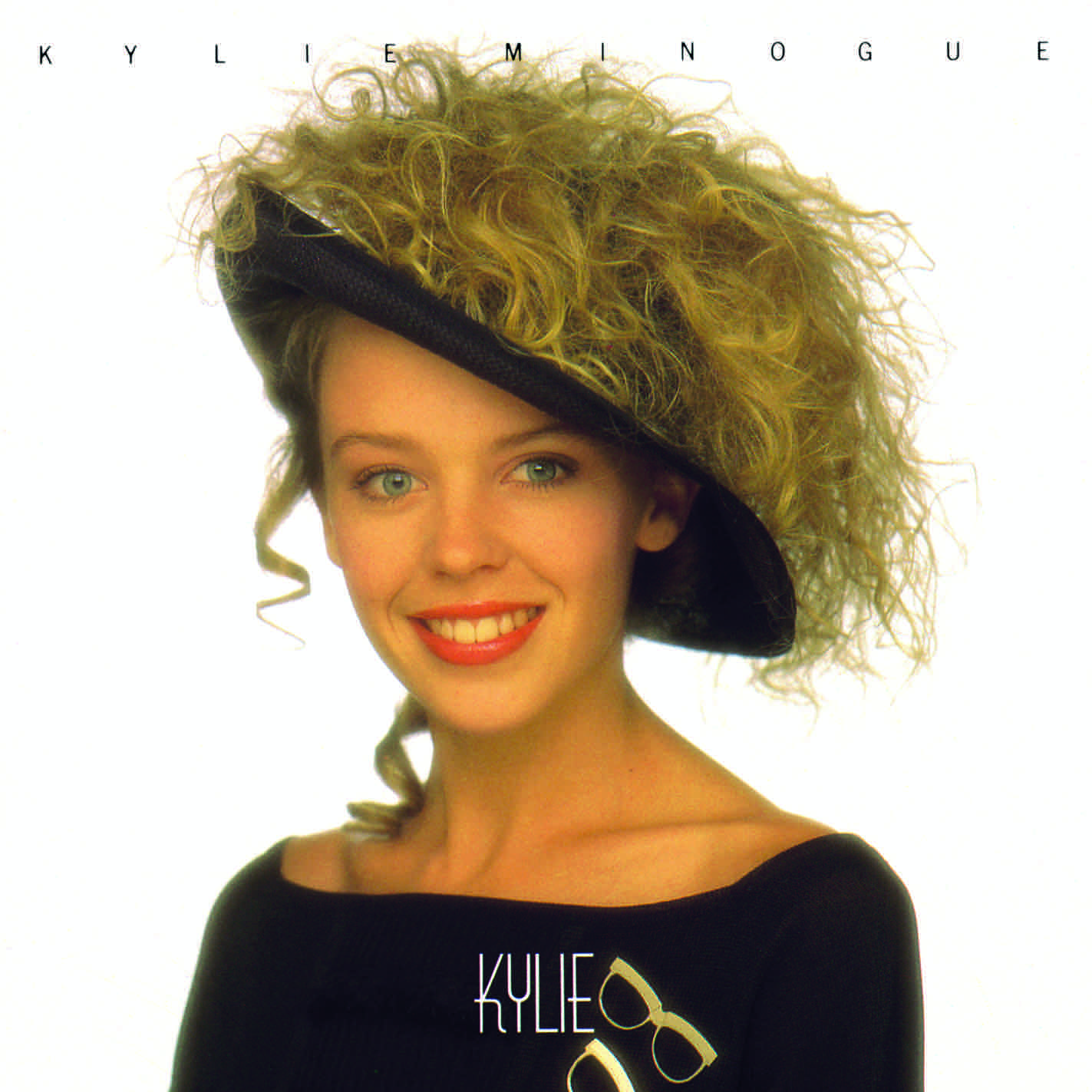 After labels passed on the chance to release Kylie’s I Should Be So Lucky, Pete was forced to launch the song on his PWL label to his bank manager’s delight – it was her rst UK No.1 and remained at the top spot for ve weeks. Following singles, Got To Be Certain, The Loco-Motion and Je Ne Sais Pas Pourquoi would all reach No.2. Kylie was Britain’s best-selling album of 1988 and its brace of Hi-NRG pop standards set the benchmark for her spectacular career. 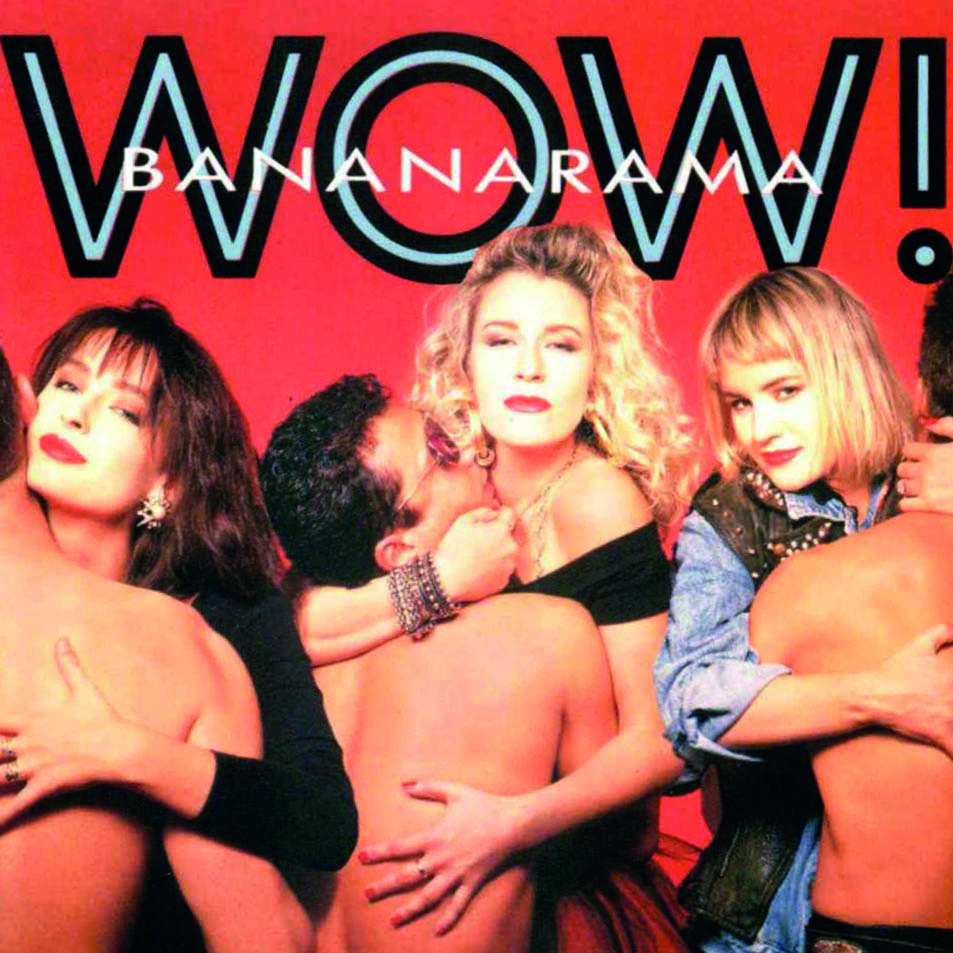 Routinely remembered as the most difficult act SAW were to work with, Bananarama’s decision to embrace high-camp pop was a commercial triumph, even if it was to splinter the band. Opening single I Heard A Rumour rewarded the trio with a US Top 10 hit, but Love In The First Degree ended up being the group’s biggest domestic success. Siobhan found working with SAW particularly tough and quit the group, before rejoining her friends for a spectacular reunion tour in 2017. 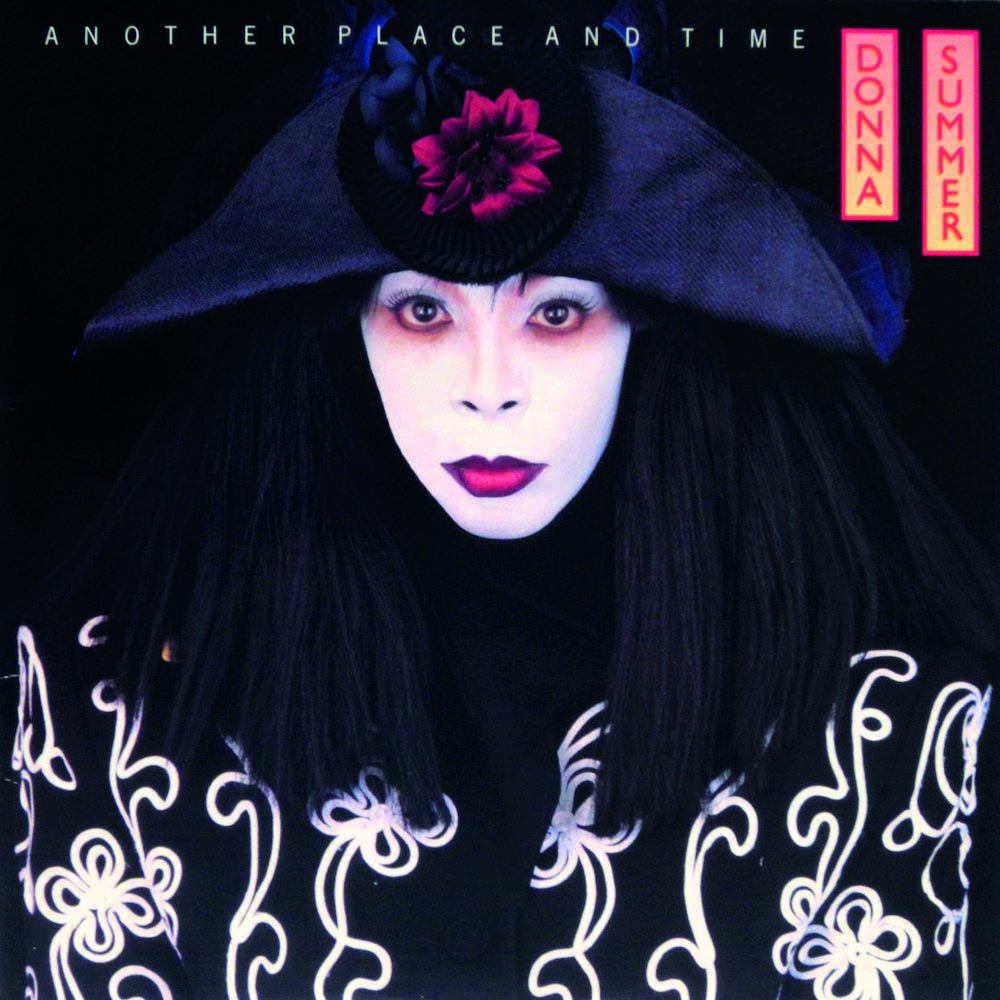 When disco queen Donna Summer turned to SAW to relaunch her career, she hadn’t had a hit in years. Her vocals on the first single This Time I Know It’s For Real lifted an already great song to another level and rewarded her with a Top 10 hit on both sides of the Atlantic. Summer’s impeccable delivery makes Another Place… a pop masterpiece. Sadly, plans for her to work with Pete, Matt and Mike again never materialised.

Timeless synth-pop nuggets, stunning ambient textures, soaring, life-affirming singles and album cuts – all these, and more, have earned their place in our round-up of the BEST VINCE CLARKE TRACKS… classicpopmag.com/2021/09/vin… pic.twitter.com/c97HeQ7Rhg

If you’re a mega-successful musician, being dead isn’t enough to stop you having hits… Here’s our list of the top 20 posthumous releases... classicpopmag.com/2020/03/top… pic.twitter.com/wGaWJ2zJ5W

Hated by some, loved by more, David Bowie’s Let Dance would become the singer’s bestselling album. Read our feature on its making... classicpopmag.com/2021/09/mak… pic.twitter.com/PFWv4frwVV

A happy 69th birthday to the ever-cool Nile Rodgers of Chic. youtu.be/2OXoSLANXIY pic.twitter.com/s1uJJ1aGn7

RT @ClassicPopMag Check out our rundown of the best synth-pop songs of all time. What’s your favourite? classicpopmag.com/2021/09/top… pic.twitter.com/BLErdFVTmz

Now That’s What I Call Music! was many people’s introduction to chart music when they were young. Classic Pop traces the story of the big daddy of all compilation series… classicpopmag.com/2021/09/now… pic.twitter.com/wueizMtJmA

What ABBA: The Album lacked in an imaginative title, it made up for with great songwriting, ambitious musicianship and record-breaking sales. We look back at its making… classicpopmag.com/2021/09/abb… pic.twitter.com/yjG5jTpgiA

Thinking of the late Keith Flint on what would have been his 52nd birthday. pic.twitter.com/toAtRZdGmQ

Arriving through the vapours of punk to conquer a retro sheen, amidst 60s heartbreak hooks, Blondie's debut album delivered an injection of youthful innocence laced with a touch of noir. We take a dive into it in our new Blondie special. Order yours here: bit.ly/3gRwTgG pic.twitter.com/iZQ3RPEwuw

In celebration of five decades in music, Queen are to set up a dedicated pop-up shop on London's Carnaby Street later this month. classicpopmag.com/2021/09/que… pic.twitter.com/zupssKwGZp

RT @ClassicPopMag Rick Astley and indie five-piece Blossoms have announced they are teaming up for two special live shows celebrating the music of The Smiths. classicpopmag.com/2021/09/ric… pic.twitter.com/dJIfnHoqQp

On this day in 1993, Janet Jackson appeared shirtless on a now-iconic cover of Rolling Stone magazine (the pair of hands cupping her boobs belong to her then-husband, Rene Elizondo). pic.twitter.com/nSllW4GYCE